Making a difference: Bryon Knuckle pursues Bachelor of Science in Nursing degree to care for her community 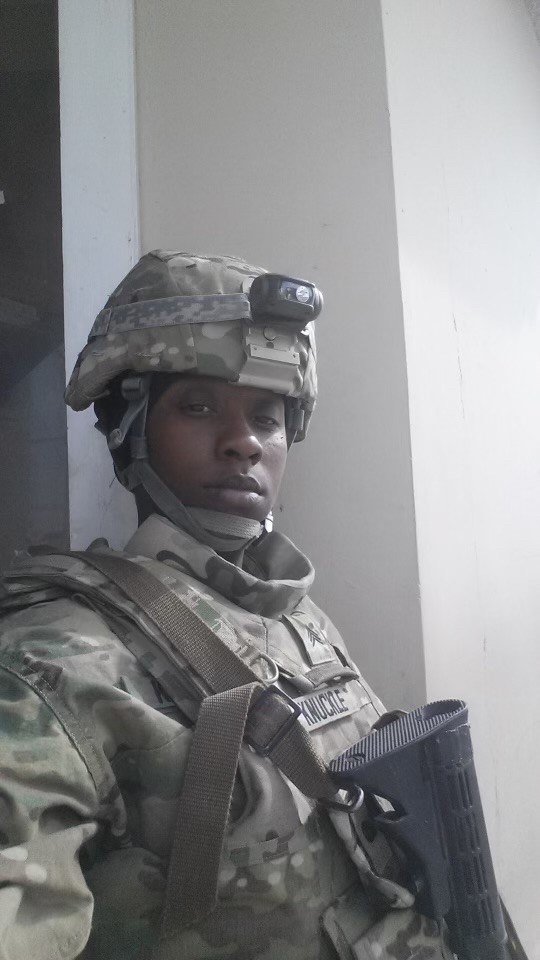 When Bryon Knuckle is called to action, she answers with strength and courage.

“What I wanted was to make a difference,” Knuckle said. “The skills I had weren’t the skills they needed. I already had a healthcare background, but they needed nurses the most. That’s what made me decide to go ahead and pursue nursing.”

As communities banded together to get through the COVID-19 pandemic, Knuckle knew she had to do more to help others. Having previously earned a Bachelor of Science degree in Health Information Management, she enrolled in the Accelerated BSN program at Keiser University Tampa.

“I’ve always had that soft spot for making sure somebody else is good,” Knuckle said. “Even when I was serving, I did my job to the best of my abilities so that the other person didn’t have to worry about me.”

Knuckle enlisted in the United States Army in March of 2006 when she was 18 years old. She served for nine years, including two tours in Iraq, and one in Afghanistan.

The title of ‘United States Army veteran’ is now a family legacy, as Knuckle is the daughter of two Army veterans. Her mother served as combat medic, and her father served as a truck driver, the same assignment she served in during her first tour in Iraq.

But Knuckle says her parents are an inspiration extending past the battlefield.

“My mother didn’t start her nursing education until she was 35, and I think I was 12 at the time. I saw her go back to school and start from the beginning,” Knuckle said. “I’ve seen it, it can be done, and it’s always been my thing that’s kind of kept me going through, the fact that my mom did it.”

Knuckle graduated this year with her Bachelor of Science in Nursing degree from Keiser University Tampa. She says the hands-on care she provides to patients drives her to keep helping others.

“Making the difference, just in one person’s life, talking to that patient for a minute, listening to what they want to say, it makes a huge difference,” Knuckle said. “Knowing that someone does depend on you, having that sense of purpose, it feels good.”

Knuckle is now working as nurse technician at Tampa General Hospital. A mother of a 7-year-old son, Knuckle says she hopes to be the same inspiration to him as her mother was.

“That’s dedication, that’s work,” Knuckle said. “Time is going to pass. Instead of saying what you could have done, just do it.”