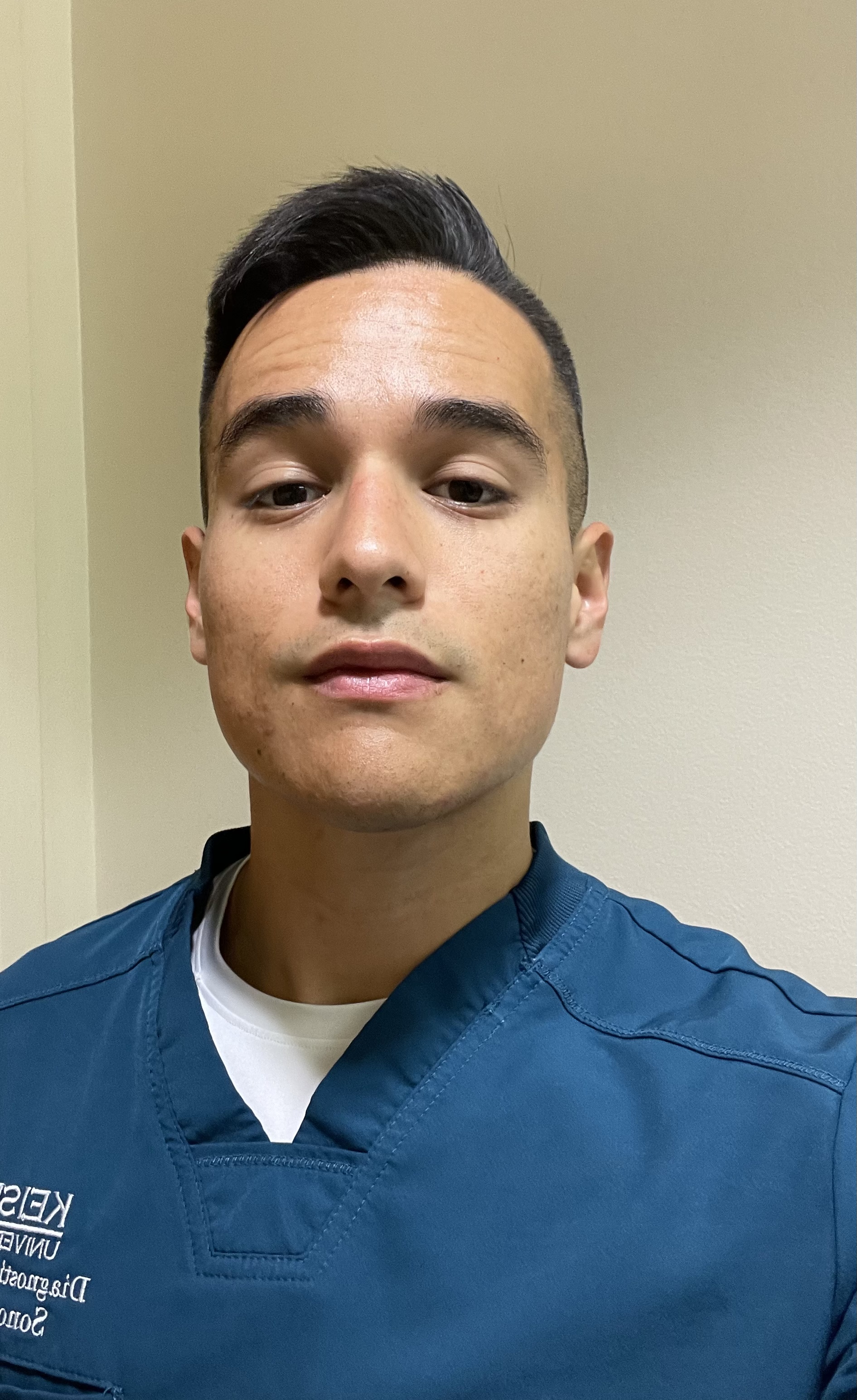 Miguel Gonzalez enrolled in Keiser University Daytona after serving three years in the United States military. He joined the military straight out of high school, explaining that he needed the structure and discipline of the military to help him build a solid foundation for his life. The military taught him how to thrive in a fast-paced, high-intensity environment, and when his contract ended, he knew he wanted to find a career in another fast-paced industry.

He combined his passion for motivating and helping others with his ability to work well under pressure to end up in the medical sonography field. Upon his return to Daytona, Florida after his military contract, Gonzalez began researching schools in the area that could offer him this new field. He found Keiser University’s Associate of Science degree in Diagnostic Medical Sonography and knew that it would be a great match.

“People say the grass is greener on the other side,” Gonzalez said, referring to his time post-military. “For me, that was coming back into the civilian world with my GI Bill ® after I got out and enrolling in Keiser University right away.”

Gonzalez began the 16-month program in August of 2021 and is predicted to graduate in December of this year.

“It’s been a very enjoyable journey so far,” he said. “It’s a very unique field, very hands on.”

Gonzalez has taken up ultrasound scanning at the hospital where he is currently completing his clinicals. He said that the clinicals have given him a front row seat to the world of medical sonography, and he enjoys the work because he gets to help those in need.

“It’s almost like being an artist, while scanning,” Gonzalez said. “Your [tools] are the paintbrushes and you have to paint the perfect picture for the radiologists and the doctors.”

After graduation, Gonzalez said that he plans to spend a few years working at a local hospital, but later wants to enter a working-travel contract, to see more of the country. Either way, he is looking forward to his new career in medical sonography and looking forward to lending a helping hand wherever he can.

Keiser University is a private, independent, non-profit university serving nearly 20,000 students at 21 Florida campuses, online, and two international sites. Founded in 1977 by Chancellor Arthur Keiser, Ph.D., and Evelyn Keiser, Keiser University currently offers more than 100 degrees from associates to the doctoral level. Keiser University is a designated Hispanic-Serving Institution, a member of the Hispanic Association of Colleges and Universities, and was ranked No. 5 in the U.S. in Social Mobility by U.S. News And World Report in 2022.