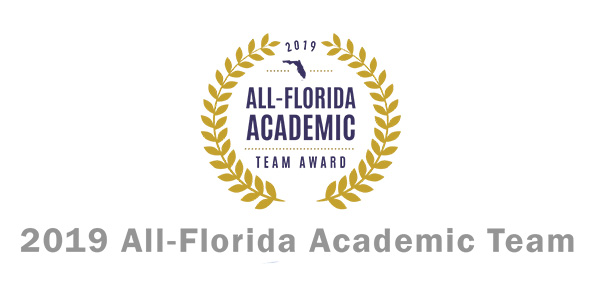 Six Keiser University students are among the more than 150 Florida college and university students named to the 2019 All-Florida Academic Team. Keiser’s students represent four distinct majors and hail from three different campuses from all sides of Florida.

Sponsored by Phi Theta Kappa (PTK) Honor Society, The All-Florida Academic team recognizes outstanding students based on academic achievement, leadership, and service to the community. Students are nominated by their respective colleges and universities to the All-USA Academic Team competition sponsored by PTK. The top 30 students from each academic class are named to the All-Florida team based on ratings in competition throughout the state.

Keiser University students have been a staple on the All-Florida Academic Team since 2015 when alumna Crystal Ferone, ’17, was first named to the team as a health services administration student. Since then, more than 20 Keiser students have landed a spot on the prestigious team.

Members of the 2019 team were honored at an awards ceremony on April 4, 2019 in Orlando. The ceremony took place during the PTK Catalyst 2019 Convention. Members of the team were presented with medallions and certificates of achievement.