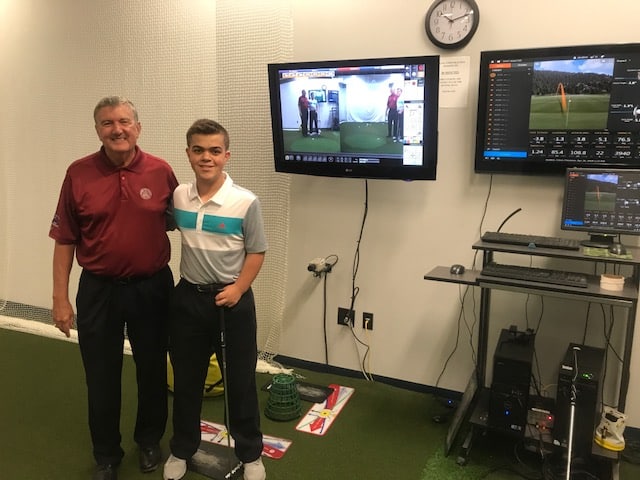 The 19-year-old who had to undergo a series of limb lengthening surgeries throughout his teenage years, will graduate with a Keiser University AS degree in golf management and hopes to one day become a PGA Teaching Professional.

West Palm Beach, Florida – Between the ages of 13-17, Robert Stingo, a Keiser University College of Golf and Sport Management graduate, had to undergo a series of limb lengthening surgeries leaving him wheel chair bound for as much as 10 months at a time. Today, the Golf Management major and Seahawk Basketball Team Manager has rebounded dramatically, earning his AS degree in Golf Management from Keiser University’s College of Golf.

Stingo, who was first introduced to the game of golf when he was just five-years-old by his father, started to take the game seriously at age 10. Unfortunately, his newfound passion only lasted a few years.

“For a period of four years I underwent several limb lengthening surgeries on my legs and arms, and was wheel chair bound for 8-10 months at a time, however I never stopped playing and loving the game,” said Stingo.

After undergoing the operations, Stingo played his last three years of high school on the varsity golf team and grew to become the number one starter and 11th lowest scoring average in the conference. When he graduated high school, his handicap was 12.5. When he entered Keiser University, his handicap was 14. Today as he graduates the golf program at Keiser University he has his best handicap every of 8.9.

The former Medford, New York resident is thankful to Dr. Dror Paley and the staff at St. Mary’s Medical Center. He is interested in becoming a Golf PGA teaching professional someday specializing in the thought process and golfing minds of teenaged youth. He will go on to earn his Bachelors of Sciences degree in Sport Management from Keiser University’s College of Golf.