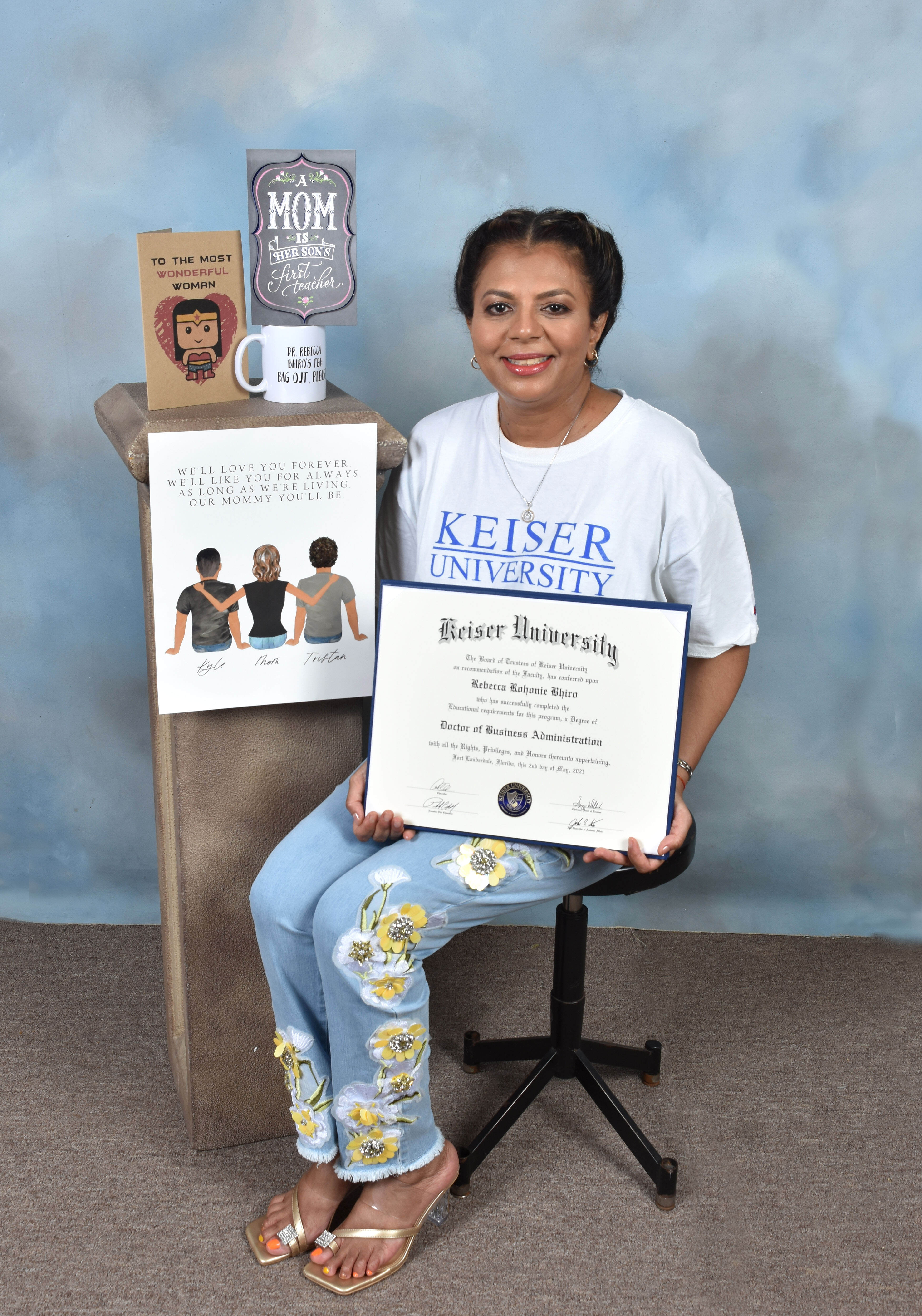 When Rebecca Bhiro D.B.A., M.B.A., B.A., left South America as a teenager in the ‘70s, she brought with her the emotional hardships of harsh cultural judgement. Her maternal grandparents, who lived in Canada, took Bhiro in as their own. She entered what would turn into a tumultuous and abusive marriage as an eighteen-year-old in 1982 and moved into a small apartment. They had very little furniture, Bhiro said, and often sat on the floor.

Bhiro had a job making a decent living, but it was not enough for the couple. Bhiro took out a loan from a local bank, took out credit cards, and eventually racked up a substantial debt. She said that, regrettably, these financial struggles caused her to lose focus of herself.

With the help of her coworkers and a head-hunter, Bhiro began searching for a higher paying job. She was able to climb from one position to another, until eventually she was making a more livable wage.

In 2006, Bhiro moved to the United States with her two young sons, no longer married to the husband she met as a teenager. It was yet again the advice of a colleague that inspired Bhiro to further advance her financial standing, but this time, the colleague’s advice led her to a complete career change.

“I really wanted a career change and a career advancement,” Bhiro said, after spending nearly twenty-eight years in the accounting field.

She researched online universities and came across Keiser University, but didn’t begin taking classes until quitting her current job and discussing the future with her children.

Bhiro entered the Bachelor of Arts in Business Administration – Management program with Keiser University online. She fell in love with the user-friendly platform and students-first policy.

“I did experience it, and I still do experience it now, even after I graduated,” Bhiro said. “I can reach out to any one of my professors and they will respond in a timely manner with the best support and the best guidance.”

“I attained my DBA degree being mom first and student second. I ensured that the needs of my two sons were flawlessly met daily to the best of my abilities, which is why my youngest son now addresses me as Dr. Mom.”

Bhiro’s journey to self-acceptance and financial stability took time, but now that she has learned the lessons for herself, she seeks to help other women and mothers. Her autobiography titled To the Crown, from the Struggles is set to debut in 2022, which she hopes will inspire and empower others.

“I flattened my financial struggles by listening, learning, and observing,” she said. “Which resulted in me becoming consciously aware why I [was struggling].”

“For almost four decades of my life, I directed my focus on pleasing others, achieving materialistic things, and never set boundaries for always giving,” Bhiro said. “My entire academic journey at Keiser University taught me to live my life on my terms, take charge of what makes me happy, and to love unconditionally.”