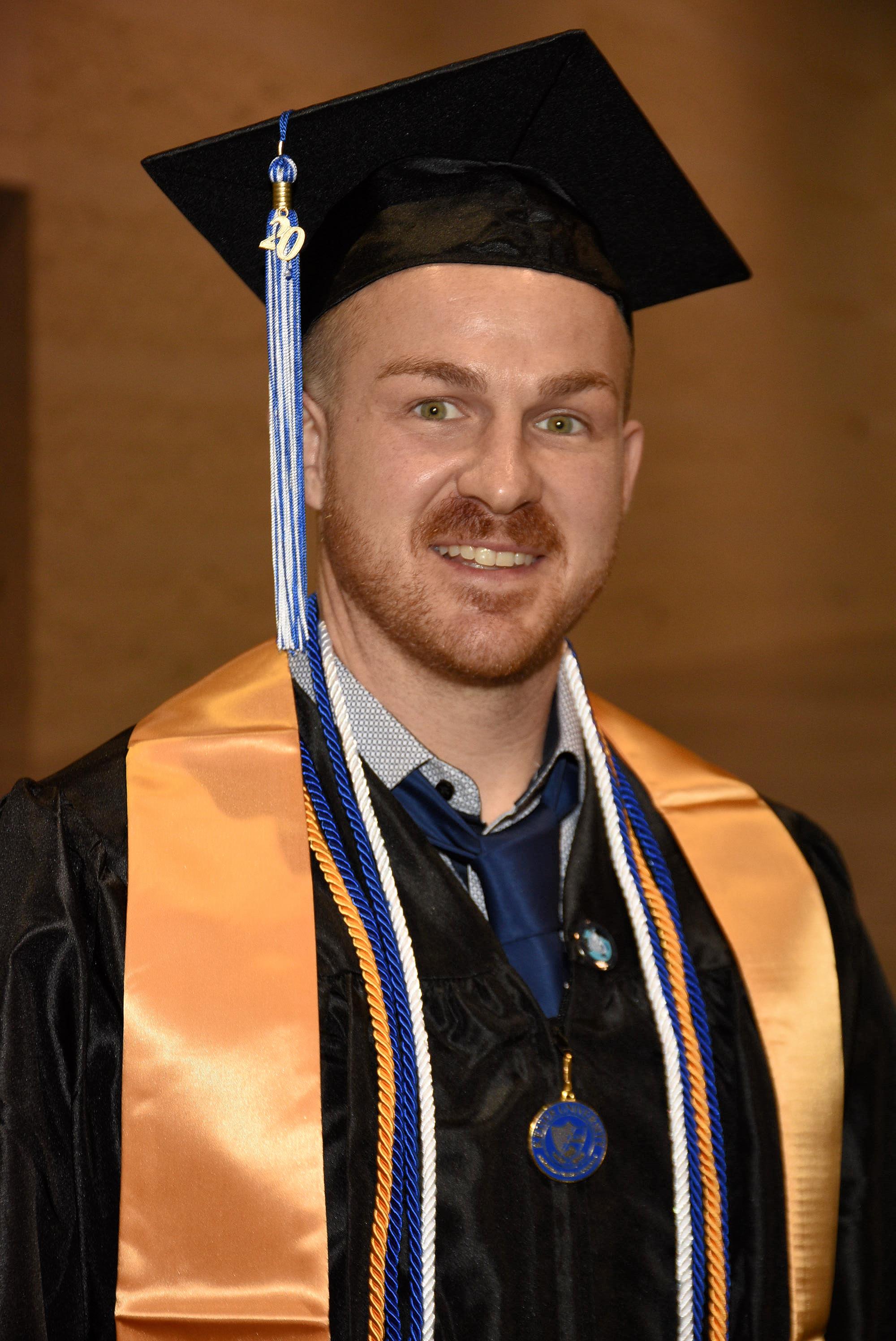 Emmett Hall walked the stage as the valedictorian of his class in a Keiser University’s statewide graduation ceremony.

The 33-year-old earned a Bachelor of Arts in Psychology through the university’s Online Division. His life today is a stark contrast from just four years ago when found himself in solitary confinement.

Hall was sentenced to prison on marijuana possession with intent to sell or distribute when he was 18 years old. “I was young; I was definitely dumb.”

He joined a prison gang and became a high-ranking member. Hall said he saw prisoners being told they were nothing but a number, would not gain employment, and would be back in prison, which he believes furthers recidivism.

According the National Institute of Justice 68 percent of released prisoners are arrested within three years. That number jumps to 83 percent within nine years of release.

“Labels attach themselves to an individual; the individual will usually adopt those as his identity,” Hall said.

Hall was released from prison at 26 years old. He was holding a job but started drinking and using drugs heavily. Within two years, he was back incarcerated again for parole violation.

While serving his second prison term, Hall read a book by a former addict who changed her life and created a successful ministry. That planted a seed. He found his own version of spirituality. “I started to dig deeper into the bible. It inspired me to want to do something with my life.”

However, he found himself in solitary confinement again. This time, he was under investigation for a riot that took place between gangs in a prison yard. During the six months in a segregated cell, Hall reached a crossroads. “I’m not this number anymore. That’s not me. I don’t want to do this anymore.”

Hall said he realized he was 29 years old and didn’t have a trade, and his life was continuing to spiral out of control.

Hall quit taking drugs. He was also granted the unusual ability to retire from his gang. A few months later, he was released from prison for the second time.

Hall was parole stipulated to attend a class to help integrate into society. His instructor, who also spent time incarcerated and earned a PhD, became his mentor. For Hall, who believes you must see the change to believe, it was another real-life example that change is possible. A week later, he was enrolled in college.

“I think Emmett is going to help a lot of others redefine who they are. I’m very proud of Emmett. I wish more of us could be inspired by him. He has a powerful message,” Dr. Brown said.

Hall was already employed in his field. He worked his way through school as a behavior technician. He works with autistic children and young adults to promote and develop personal independence.

Hall immediately made changes in every aspect of his life. He reconnected with his son who was born when he was 18. Hall met a woman who was volunteering at a local homeless outreach, while he was the motivational speaker. Three years later they were married. They have three teenage children between the two of them. His wife, whom he also calls his best friend, was there to see him graduate. Hall earned his bachelor’s in September of 2020 and attended Keiser University’s in person graduation in the Spring of 2021.

“I was living my best year in the pandemic. I’m walking stages; I’m getting married. I got promoted in my job,” Hall said.

After spending most of his adult life in prison, the majority in segregated cells, Hall is defying the odds.

“I have become the embodiment of the change that the people in corrections would like to see.”

Immediately after graduating Hall continued his education. Today, Hall is earning a master’s in clinical mental health counseling. He plans to graduate in 2024 and work as a licensed professional counselor before returning to school. “I’m not going to stop anything short of a doctorate. I need the validity in my speech, backing the experience to promote change in recidivism.”

Hall is also laying the groundwork for his own organization, which will help prisoners achieve their purpose, through modeling the behavior of former inmates who have successfully reintegrated into society.

Hall is using his hardship to be the change to inspire others to believe.

“If you’re alive there is always hope. We live in the land of opportunity and its real. You can be whatever you want to be if you’re willing to sacrifice.”

Keiser University is a private, not-for-profit university, serving nearly 20,000 students and employing 3,800 faculty and staff members. Co-founded in 1977 by Chancellor Arthur Keiser, Ph.D., and Evelyn Keiser, the university currently offers more than 100 degrees at 21 Florida campuses, as well as online and at two international sites. Keiser University is accredited by the Southern Association of Colleges and Schools Commission on Colleges as a level VI institution to award certificates and degrees at the associate, baccalaureate, masters, specialist, and doctoral levels. For additional information regarding Keiser University, visit www.keiseruniversity.edu. 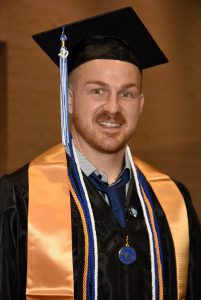