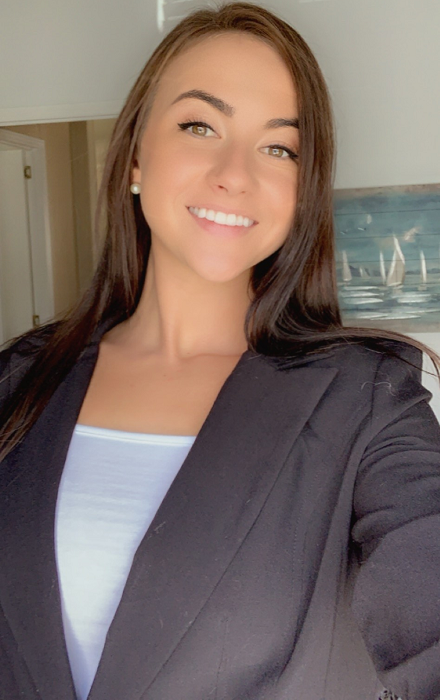 Kellyann Indyk, a Keiser University Flagship campus student, is thankful to be one step closer to her professional goals. Inspired to enter the armed forces by her father, a US Army veteran who’d passed away when she was 15, Indyk enrolled in the US Airforce when she was just 17.

The experience has opened a world of possibilities. “My military service has inspired me to become the best version of myself. Because of my enlistment, I was able to travel the globe,” said Indyk, who’d served five years as a Security Forces member including a three-year assignment in the United Kingdom before deploying to Tunisia, Africa in 2016.

Now entering her first term as a Criminal Justice major with the goal of eventually attending law school, the winding path to academic and professional success was made easier thanks to Keiser University’s veteran-friendly environment. “Starting school again has reminded me that there is no age limit to better oneself. Although I am only in my second term, Professor Scott Addlesberger has served as a mentor in my academic career and in personal development. Not only is he an exceptional instructor, but he also takes the time to learn about his students and helps direct them to success,” she said.

When asked what she’d recommend to learners who are weighing their educational and professional options, Indyk reflected. “I would advise others to find something that they are passionate about and to work hard to pursue their goals and dreams. We live in a world without limits,” said Indyk. “I am the first person in my immediate family to pursue a degree in higher education and look forward to establishing a family legacy,” she said.

Keiser University’s Bachelor of Arts degree in Criminal Justice provides preparation in many areas of the criminal justice system. Topics include but are not limited to deviant behavior, forensics, law enforcement and investigation, victimology, private security, corrections and juvenile justice, and how components work together and are governed by our laws, the Supreme Court, and the U.S. Constitution. This exploration of the American criminal justice system culminates with an emphasis on research, analysis, and the future of the system.